In the first half of 2021, TEDA’s GDP increased by 12.3% year-on-year, the actually utilized foreign capital increased by 7.3%, and the actually utilized domestic capital increased by 14.6%. The economy achieved stability with steady progress, the gathering of large and good projects accelerated, the core position of manufacturing industry continued to strengthening, and the industrial structure continued to being optimized and upgraded.

In terms of the secondary industry, industrial companies with an annual turnover of at least 20 million yuan saw their added value go up by 15.4%; the total output value of them reached 257.63 billion yuan, an increase of 14.4%. Among them, the output value of manufacturing industry was 242.70 billion yuan, up 16% year-on-year, and the output value of automobile, equipment manufacturing, medicine and chemical new materials industries increased steadily. For tertiary industry, the growth rate of the sales of goods above norm and total retail sales of social consumer goods above norm exceeded 50%, and the income of for-profit service industry increased by 40.3%. At the same time, the proportion of high-tech and high-quality enterprises increased. The added value of industrial strategic emerging industries and high-tech manufacturing industries in the region increased by 22.1% and 23.6% respectively; operating income of strategic emerging service industry and high-tech service industry increased by 55.0% and 56.5% respectively. 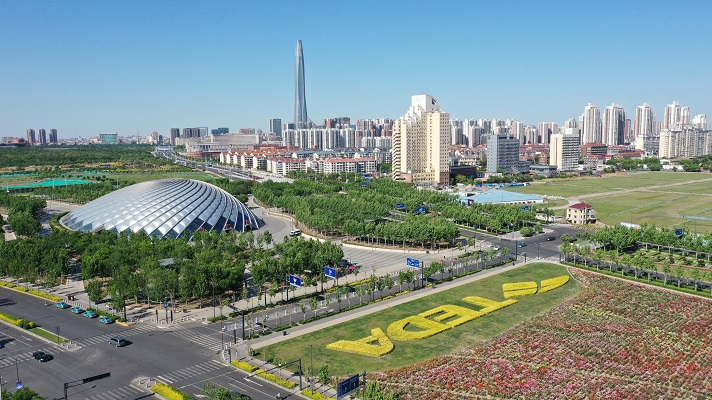