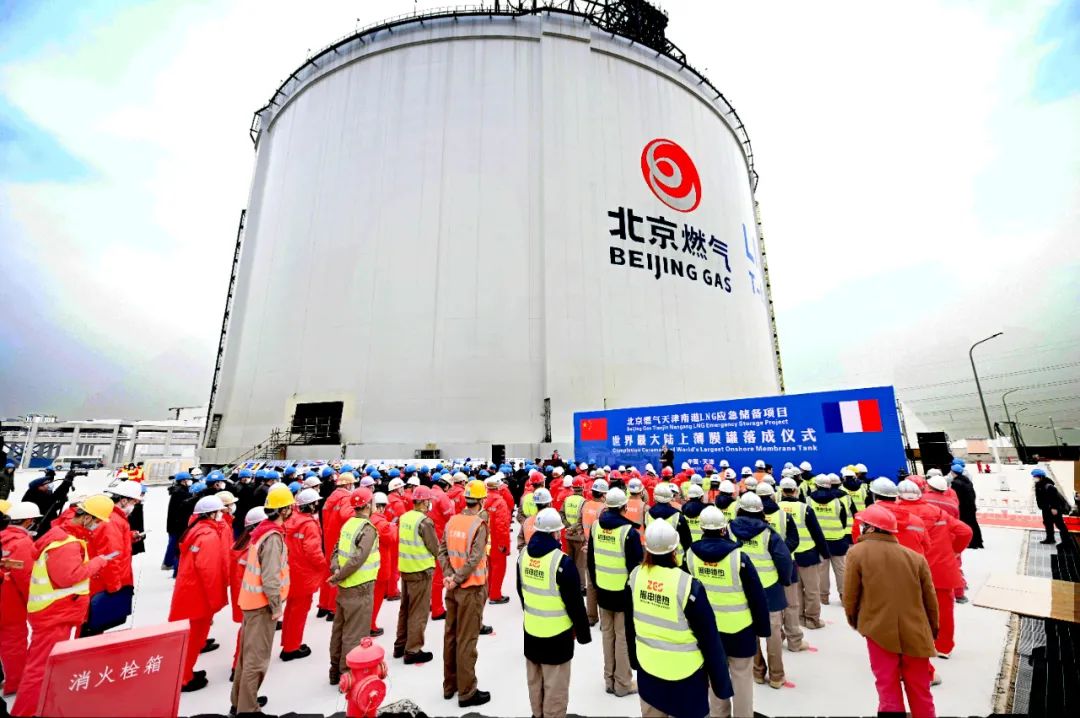 The Beijing Gas Tianjin Nangang LNG Emergency Reserve Project is a key project of national oil and gas infrastructure. 10 LNG storage tanks will be built in three phases, among which 8 large film type LNG storage tanks adopt the latest thin-film technology from GTT, a French company. The project is also called a “super project” because of its world’s largest single-unit capacity and the largest number of film tanks. After the project is put into operation, it will have an annual LNG receiving and unloading capacity of 5 million tons, a pipeline gasification outbound capacity of 60 million cubic meters per day, and an annual LNG tanker loading capacity of 1.7 million tons. The project will effectively relief the gas supply tension in Beijing-Tianjin-Hebei region.