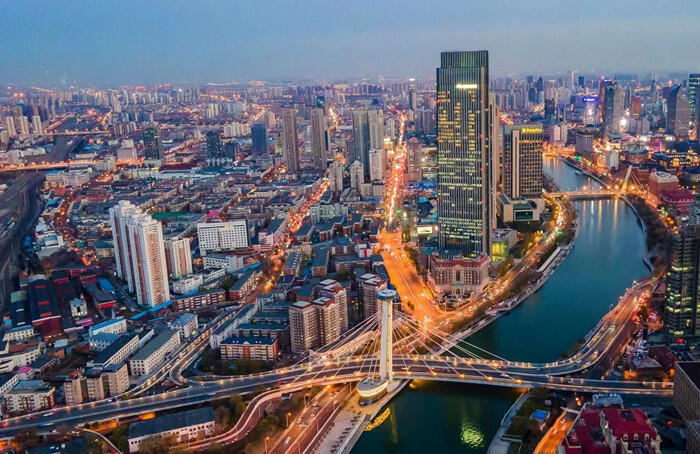 Tianjin will upgrade its efforts to boost the coordinated development of the Beijing-Tianjin-Hebei region, Mayor Zhang Gong said in delivering the government work report during the ongoing local two sessions on Wednesday.

He noted that more solid steps in “declustering” the industrial burden of Beijing and promoting quality development of Tianjin’s industrial parks are in the pipeline.

Over the past five years, great achievements have been made in implementing strategies to coordinate development in the region, while more efforts will be added to boost the manufacturing, high-tech innovation and modern service sectors, he said.

The development agenda in 2023 will actively promote cooperation in the key fields of information technology, biomedicine, digital economy and shipping services, he said.

He also reiterated that more technology and innovation projects are expected to be industrialized and commercialized, and collaboration of ports and free trade zones in the region will be deepened.

Ji Youhu, a member of Tianjin’s Municipal Committee of the Chinese People’s Political Consultative Committee, and a professor at Tianjin University of Finance and Economics advised that more coordination in the region’s education and technological research sectors is needed to catch up with rapid investment.

He said he expects the region will see more partnerships in those fields designed to sustainably support economic growth.